Remove impurities at the right stage

Fermentable sugar is a major cost item in the budget for all manufacturers of bio-based chemicals. Cheaper sugar contains more impurities, such as fibers or proteins, than more expensive grades and requires plant owners to invest in equipment that removes them.

Since all processes are unique, feedstock analysis is key to finding the optimum setup for removing impurities. Depending on the type of impurities, feedstock, product and process - they can be removed before fermentation.

Typically, the optimum solution is to remove different types of impurities at different stages in the production process, but here are some other factors to consider:

Alfa Laval decanter centrifuges are perfect for separating out suspended impurities and can be used either before or after fermentation. Their high separation efficiency leads to high product yield and a very dry cake.

The downside to removing impurities after the fermentation stage is a small percentage loss of the end-product. Therefore, the chemical cost that's being produced needs to be considered. If the price is high, it is probably preferable to remove impurities before fermentation despite the higher investment costs (if the type of impurity, the product’s physical properties and the purification process allow it). If a lower-priced chemical is being produced, it is worth investigating whether the impurities can be removed after the fermentation stage instead. The efficiency of this type of solution depends on the properties of the produced chemical and the impurities.

If the impurities can be sold as a by-product, for example as feed for livestock, this will influence where they should be separated out. The product is most likely not something needed in the by-product - so impurities should be removed before the fermentation stage in this scenario.

Suspended impurities, such as fibers, sometimes support the sedimentation process when separating out cells from the broth, and it may be beneficial not to remove them before this stage. Removing suspended impurities is easier when the viscosity of the mixture is low. Therefore, It's a good idea to compare the viscosities of the sugar solution and the broth before deciding where the impurities will be removed.

The fermentation broth will always contain dissolved impurities such as proteins, carbohydrates and color bodies. They either come from the raw material or are by-products of the fermentation process.

These impurities are best removed at an early stage after fermentation. This will increase overall yield, lower operating costs and increase efficiency further downstream compared to removing them later in the process.

If a solvent extraction step is used, early removal of dissolved impurities typically means no wetting agent is required. For some products, higher purity will improve efficiency in crystallization processes and reduce the mother liquids volume.

The easiest way to remove dissolved impurities is to add a membrane filtration stage after fermentation. 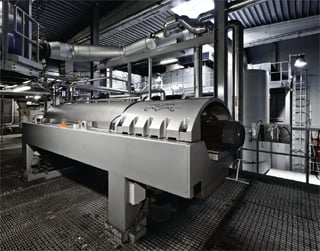 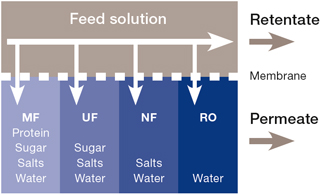 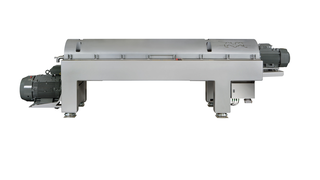 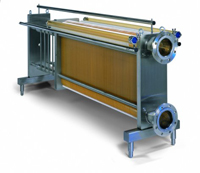