When a scrubber is installed, the installation has to be verified through a Site Acceptance Test (SAT) performed at sea. Usually this is handled by the Alfa Laval commissioning engineer, but lockdown measures due to COVID-19 can keep us from sailing with the vessel. So, on 9 and 10 April, we successfully conducted our first remote SATs for Alfa Laval PureSOx.

Herman Drost, Global Technical Specialist, supervised the SAT on a VLCC during her sea trial near Singapore, while Jinying Liu, Commissioning Engineer, took care of the SAT for a Product Tanker on her sea trial to Dalian. In the days preceding the sea trials, our engineers trained the vessels’ crews to help run the scrubber systems during the SAT.

For the VLCC, Herman and the crew prepared remote control for PureSOx in conjunction with the regular at-yard commissioning programme. On the day of the SAT, Herman used software to access the scrubber system’s HMI, which was done remotely through the vessel’s secure onboard internet connection. In the case of the Product Tanker, Jinying and Trafigura’s superintendent communicated with the vessel’s chief engineer via online channels.

Together with class surveyors and superintendents, Herman and Jinying gave remote instructions for all steps of the SAT. The chief engineers on board operated the engines according to the required programme, supervising the scrubber’s performance at the same time. The crews, meanwhile, took the necessary screenshots and water samples. All in all, the process took around eight hours, with our commissioning engineers working from the vessel owner’s office at the shipyard.

Afterwards, the shipowners, crews and class officials – as well as Jinying and Herman – were all very satisfied. Despite a non-traditional SAT setup, the SAT forms were signed, class issued the temporary IAPP and the vessels could start bunkering high-sulphur fuel. 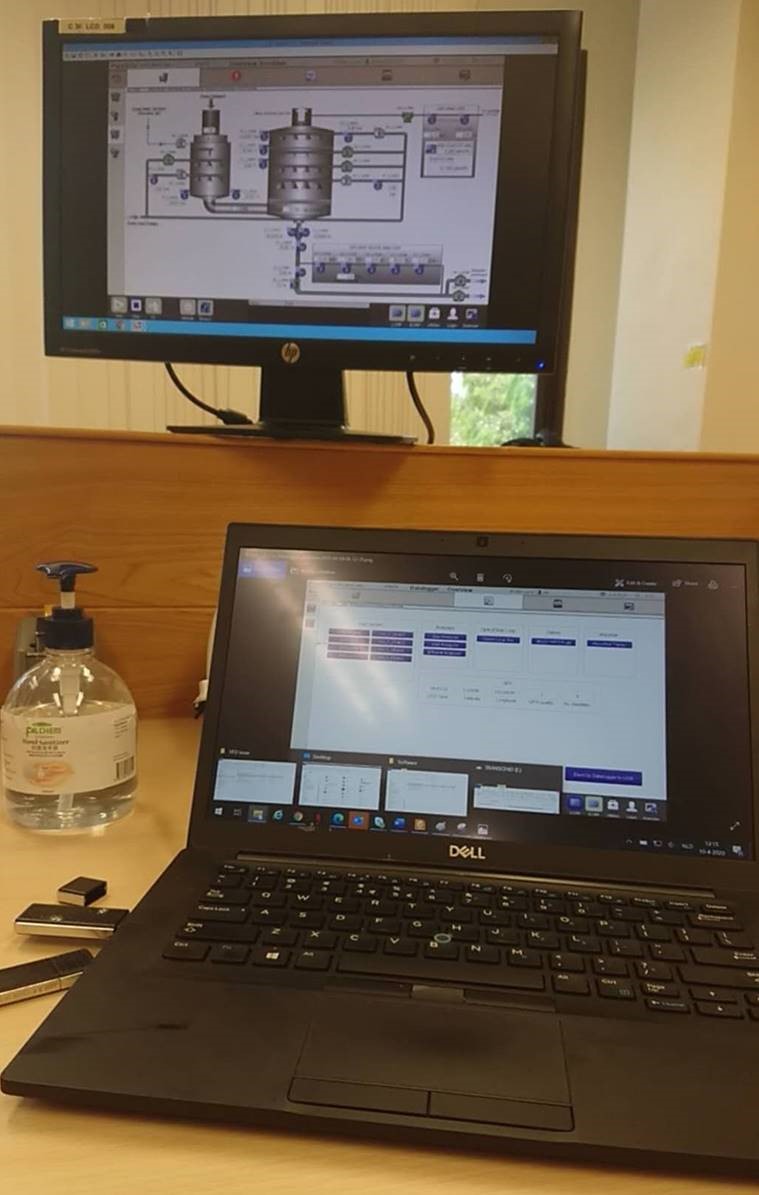 “With a strong team, you can make it work at a distance.” 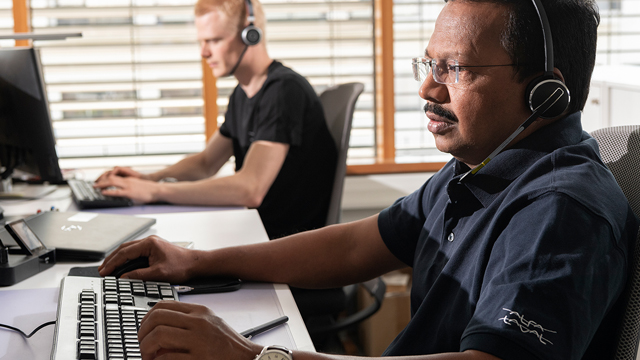